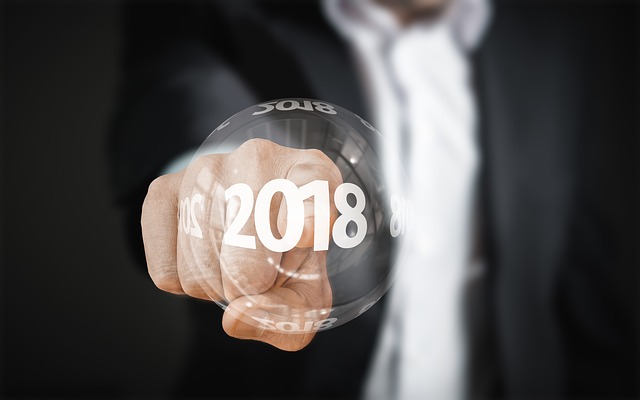 Dell Technologies has announced its predictions as to how emerging technologies such as artificial intelligence, augmented reality, the Internet of Things and cloud computing, will transform our lives and how businesses will operate in Ireland in 2018.

Unveiling the predictions Aisling Keegan, Vice-President and Commercial General Manager of Dell EMC Ireland, commented: “Emerging technologies have the potential to solve some of the intractable problems faced by humanity and offer the opportunity to increase productivity for business. To help organisations throughout Ireland prepare for the digital transformation happening around, we’ve compiled our predictions to explore what innovations will come to the fore in 2018.”

Prediction 1: AI will do the ‘thinking tasks’ at speed

Over the next few years, AI will change the way we spend our time acting on data, not just curating it. Businesses will harness AI to do data-driven “thinking tasks” for them, significantly reducing the time they spend scoping, debating, scenario planning and testing every new innovation. It will mercifully release bottlenecks and liberate people to make more decisions and move faster, in the knowledge that great new ideas won’t get stuck in the mire.

Prediction 2: Embedding the IQ of Things

Starting in 2018, we’ll take gargantuan strides in embedding near-instant intelligence in IoT-enhanced cities, organisations, homes, and vehicles. With the cost of processing power decreasing and a connected node approaching $0, soon we’ll have 100 billion connected devices, and after that a trillion. The magnitude of all that data combined, processing power with the power of AI will help machines better orchestrate our physical and human resources. We’ll evolve into ‘digital conductors’ of the technology and environments surrounding us. Technology will function as an extension of ourselves. Every object will become smart and enable us to live smarter lives.

It also won’t be long until the lines between ‘real’ reality and augmented reality begin to blur. AR’s commercial viability is already evident. For instance, teams of construction workers, architects and engineers are using AR headsets to visualise new builds, coordinate efforts based on a single view of a development and train on-the-job labourers when a technician can’t be on site that day.

Prediction 4: A deeper relationship with customers

Dell Technologies’ Digital Transformation Index shows that 45 per cent of leaders in mid to large organisations believe they could be obsolete within 5 years and 78 per cent see start-ups as a threat to their business. It’s never been more important to put the customer experience first. Over the next year, with predictive analytics, machine learning (ML) and AI at the forefront, companies will better understand and serve customers at, if not before the point of need.

Prediction 5: Bias check will become the next spell check

Over the next decade, emerging technologies such as VR, AI, will help people find and act on information without interference from emotions or external prejudice, while empowering them to exercise human judgement where appropriate. In the short-term, we’ll see AI applied to hiring and promotion procedures to screen for conscious and unconscious bias. Meanwhile VR will increasingly be used as an interview tool to ensure opportunities are awarded on merit alone, e.g. by masking a prospective employee’s true identity with an avatar.

In 2018, we’ll see increasingly vast numbers of players sitting behind screens or wearing VR headsets to battle it out in a high-definition computer-generated universe. As hundreds of millions of players and viewers tune-in, esports will go mainstream.

Prediction 7: We’ll journey toward the “mega-cloud”

Cloud is not a destination. It’s an IT model where orchestration, automation and intelligence are embedded deeply into IT Infrastructure. In 2018, businesses are overwhelmingly moving toward a multi-cloud approach, taking advantage of the value of all models from public to private, hosted, managed and SaaS. However, as more applications and workloads move into various clouds, the proliferation of cloud silos will become an inevitability, thus inhibiting the organisation’s ability to fully exploit data analytics and AI initiatives. This may also result in applications and data landing in the wrong cloud leading to poor outcomes.

Prediction 8: The year to sweat the small stuff

In this increasingly interconnected world, our reliance on third parties has never been greater. Organisations aren’t simple atomic instances; rather, they are highly interconnected systems that exist as part of something even bigger. The ripples of chaos spread farther and faster now that technology connects us in astonishing ways. Consider that one of the most substantial data breaches in history occurred because attackers used credentials to log into a third-party HVAC system.