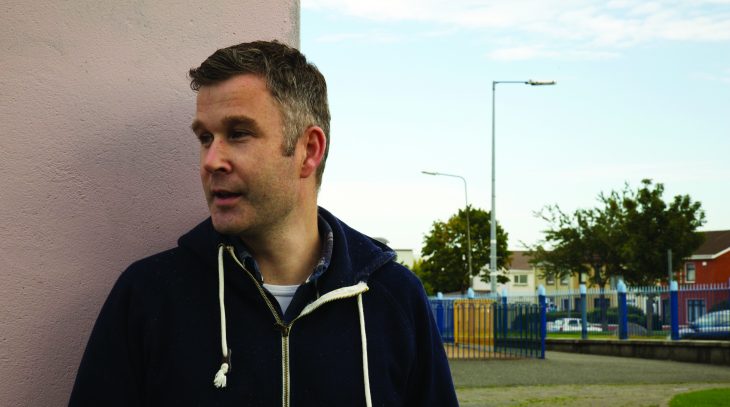 The Irish film industry has experienced an extraordinary upward curve in recent times. Ireland is home to many recognised production companies with a distinguished international reputation, and hearing of an Irish Academy Award nomination is no longer a colossal shock to the system. We’ve got a seat at the industry’s top table and Irish firms and filmmakers are producing absorbing art with a swagger of enduring confidence. 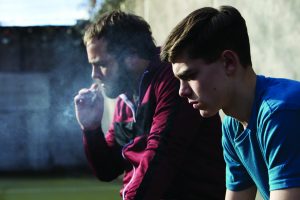 Scene from Berry’s Michael Inside

One key reason Ireland has become known as a hub of top-notch filmmaking is the wealth of creative talent here. One such example is Frank Berry. The critically acclaimed Dublin director has been earning plaudits for his accomplished and hard-hitting output, culminating in his full feature drama Michael Inside picking up the Best Film gong at the 2018 Irish Film and Television Awards.

Far from an overnight success, Berry’s road to recognition has been a long one. His work began with ten years of community filmmaking and television, eventually leading up to his lauded feature documentary Ballymun Lullaby in 2011 and the excellent follow-up I Used to Live Here in 2014. 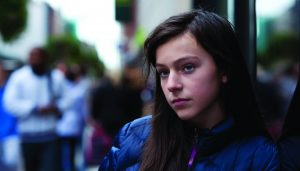 Scene from Berry’s I Used to Live Here

“My interest in becoming a filmmaker started when I was a media student at Coláiste Dhúlaigh College of Further Education in Coolock,” he says. “After I graduated from that course I went on to study Film Production at Dublin Institute of Technology, and that’s where I made my first short films that were screened at film festivals.”

During this period the keen cinephile honed his craft and found his feet as a filmmaker.

“When I left college, I started teaching filmmaking and directing films at the same time,” he informs. “After directing some television drama, I found myself on a traditional path to doing more of that work, but it didn’t feel like the right direction for me. So I stopped pursuing those projects and instead focused on work that I was more drawn to, such as smaller community projects dealing with themes of education and social disadvantage.”

Berry adds: “Much of this work came via the Dublin Instiute of Technology’s Community Links programme. These community projects, which I worked on for ten years while holding down a teaching job, eventually developed into bigger productions. A turning point came when one particular project [Berry’s debut Ballymun Lullaby] developed into a feature-length documentary that was released in cinemas. After that film was released, I felt I had found my own way into filmmaking, and looking back now I think the path I took was necessary for me to make the films I wanted to make.”

His work has been likened to that of directorial giants Shane Meadows and Ken Loach, but to lazily compare Berry to other directors who give a voice to the working classes would be misguided. Berry has conjured his own unique style, blending the nuances of modern urban life in Dublin with gritty realism.

“I am influenced by social-realist films of all kinds,” explains Berry. “I enjoy watching films depicting stories that I recognise to be true, and that are important in relation to ordinary life experiences. My work is sometimes described as coming from the school of Ken Loach, which I cannot disagree with, and his films have had a big impact on me over the years.”

Berry’s role as an educator has undeniably influenced his art. Seeing first-hand the concerns and struggles of young individuals living predominantly in disadvantaged areas provided an insight rarely afforded to directors.

“During the years when I was both teaching and filmmaking, I found much common ground in the two disciplines,” says Berry. “For me, they both involved listening to young people and, of course, using a camera as a tool to communicate. My first three films all centre on the lives of young people in Dublin, and being around students definitely helped me achieve the level of authenticity I felt was necessary.”

While much of his craft has been set within so-called underprivileged areas of Dublin, Berry stresses this hasn’t been a conscious decision.

“What motivates me to make a film is simply an emotional response to a subject.”

“I don’t necessarily seek out stories from disadvantaged communities. My first two feature film dramas, I Used to Live Here and Michael Inside, are very connected, and both began during the same period of research while I was working with young people in the community of Killinarden in Tallaght. Both films are motivated by the same concern: the tragedy of how so many young people from disadvantaged communities are left behind by society,” he notes. “Obviously, not all of my films will deal with these issues, but depicting the reality of those lives is something I felt very strongly about.”

For Ireland to cement its reputation as a capital of filmmaking, it will need to continue support both established and emerging talent. Having the correct support systems in place will enable Irish filmmakers to compete on the world stage.

“Screen Ireland is hugely important for nurturing and supporting filmmaking in Ireland, from short films to documentaries, animation, television drama and feature films,” states Berry. “I think the success of Screen Ireland is due to a focus on listening to filmmakers and helping them to develop and achieve their films in addition to providing funding support at all stages from first draft development loans through to assisting with distribution. There are also many other agencies where filmmakers can seek funding, for example the Arts Council, Northern Ireland on Screen and the Broadcasting Authority of Ireland.”

Berry has turned his focus to a new project set in the world of direct provision, the State system responsible for providing essential services to refugees and asylum seekers while their claims are processed. Described by National University of Ireland lecturer Gavan Titley as “the Magdalene laundries of our time”, reports of appalling conditions have been levelled at direct provisions since its rollout.

Much like Berry’s previous work, research has played a pivotal role in the inspiration for the project.

“I think there can be no denying that direct provisions as a system is hurting people,” he says. “Many asylum seekers will have already been traumatised when they arrive in Ireland, and their experience of this system only traumatises them further. I don’t make any great claims for filmmaking as a force for change, but I do think a truthful, realistic film about the experiences of asylum seekers that come to Ireland is worth making,” he concludes.