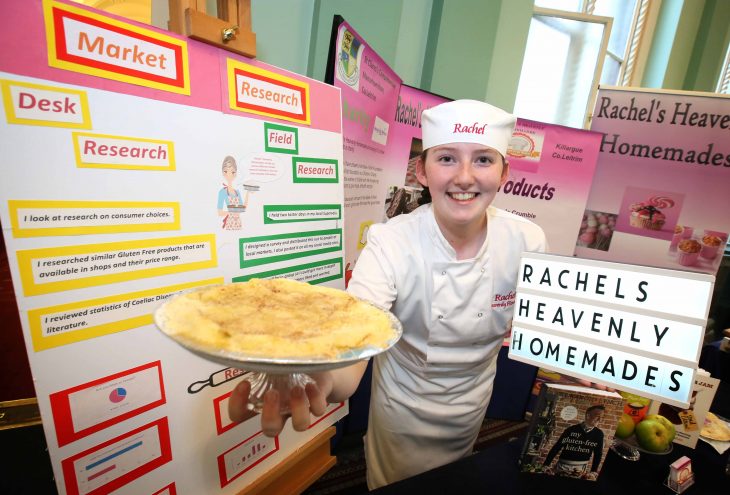 A sixteen-year-old from Leitrim has won the Youth Entrepreneur of the Year Award 2018. Rachel McPartlin of the business Rachel’s Heavenly Homemades, a gluten-free bakery, took the title after competing against 1,200 other young entrepreneurs throughout Ireland. The event took place in the Royal College of Physicians of Ireland, Kildare St., Dublin on Tuesday 15th May 2018, and was hosted by Foróige, a youth development organisation.

Also at the event Limerick company CycleSafe, founded by Breda Magner and Evan Condon, won the Best Innovation Award for their business, which produces a product that helps increase the safety of cyclists at night, by using lasers to create temporary cycle lanes.

A Special Recognition Award was awarded to Davey Feeney, Tom Flanagan and Fraser Gaine, who are founders of the business Kard in Sligo. Their business produced a discount student card to help secondary students live within their means. The boys were nominated by their CET Dervilla Casey, a teacher in their school, Summerhill College.

Commenting on the work of Foróige, its CEO Seán Campbell said: “The Foróige NFTE Entrepreneurship Programme has multiple positive impacts on the young people who take part in it. Career aspirations increase; interest in attending college increases; business knowledge increases; leadership behaviour increases; and a belief that attaining goals is within their control significantly increases.”

Pictured above: Rachel McPartlin, Youth Entrepreneur of the Year 2018