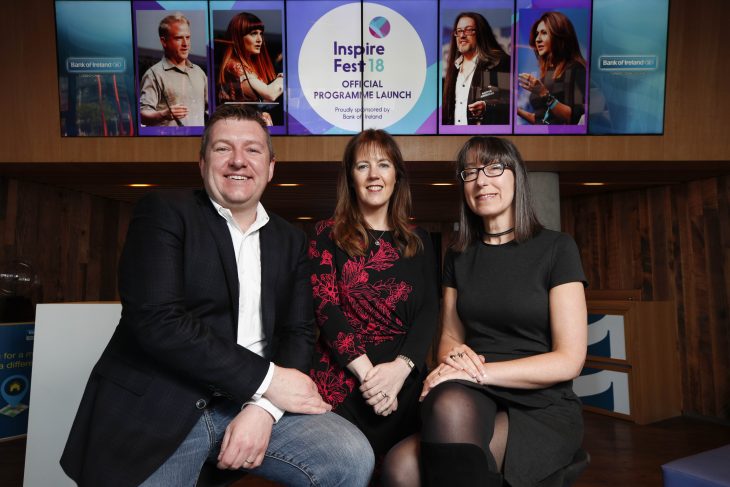 A festival of technology, science, design and the arts has been launched at the Bank of Ireland Workbench on Grand Canal Square. Inspirefest 2018 is due to take place on 21 and 22 June at the Bord Gáis Energy Theatre in Dublin’s Silicon Docks.

Now in its fourth year, the event will feature more than 50 speakers from 20 countries, with keynote speakers including Surbhi Sarna, a 32-year-old whose start-up, nVision Medical, has just sold to Boston Scientific for $275m; Claire Lee, head of early-stage banking at Silicon Valley Bank; and Liza Donnelly, cartoonist and writer for The New Yorker and a leading #MeToo advocate.

Pictured above: Áine McCleary, Director of Distribution Channels at Bank of Ireland; David Tighe, Head of Enterprise & Innovation at Bank of Ireland and President of the Institute of Banking; and Ann O’Dea, Founder of Inspirefest