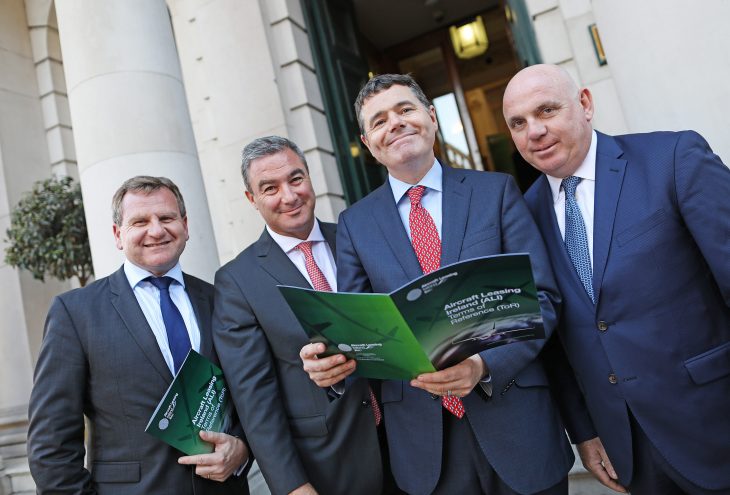 Ibec, through Financial Services Ireland, has announced the establishment of a new representative body, Aircraft Leasing Ireland (ALI). The new body was created to ensure that Ireland retains its number one position globally in aircraft leasing.

The Irish aircraft leasing industry supports 5,000 jobs and contributes over €550 million annually to the local economy. ALI, which was formally launched by the Minister for Finance, Paschal Donohoe, TD, at an event in Dublin, is the first representative body specific to aircraft leasing and includes all of the major Irish-based aircraft leasing companies.

Over 60 per cent of all leased aircraft worldwide are managed by Irish-based leasing companies. ALI will act as a coordinated voice for the industry. Its remit will be to further develop Ireland’s aircraft leasing infrastructure.

Minister Donohoe welcomed the establishment of Aircraft Leasing Ireland, saying: “Ireland is a global leader in the aviation financing industry due in part to our extensive network of double taxation treaties, our specialist skilled staff and our focused support for the sector through, for example, the 2018 Action Plan for Ireland’s IFS2020 Strategy; where aviation finance has been identified as one of the priority areas. Ireland’s aviation sector has gone from strength to strength in recent years, and, as a former Minster for Transport, it has been a great source of pride to see the growth that has taken place, the number of jobs that have been created and the impact the industry has had on the wider economy. I wish Aircraft Leasing Ireland every success in growing this dynamic and evolving industry and further supporting its members in the years ahead.”