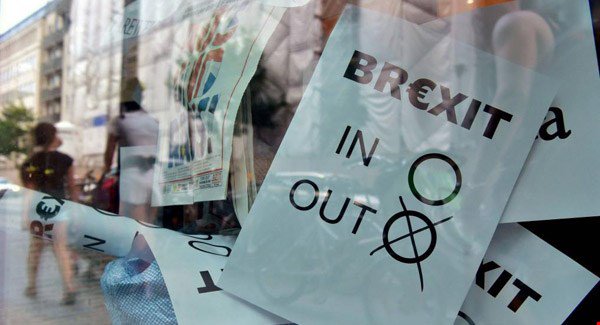 With Sterling recovering slightly for the first time since Brexit the big question is where to now?

According to experts at Irish-owned Global Payments Provider Transfermate many Irish companies are asking now asking this very question, given the sudden shock of last week’s decision by Britain to leave the EU. The foreign exchange experts say that they have been at the coalface since last Friday’s shock result, dealing with both importing & exporting Irish businesses – all of whom are gravely concerned about what the future holds.

Barry Dowling, Co-Founder at Transfermate explained, “If anyone should know what businesses are thinking now it’s us. And it’s not just our Irish clients who are anxious about Britain’s imminent departure from the EU.
However, the impact of Brexit will arguably have harsher repercussions for Ireland over any other EU country. We are in a rather unique position in that we are seeing real reactions from business across Ireland and also from a large base of clients across the UK daily.

Amongst our clients in the UK there is a definite sense of shock – many of these businesses are adopting a “wait and see” approach – which may actually prove to be more costly than taking action.
With the Bank of England expected to reduce interest rates and talk of a Recession in the next quarter in the UK, odds are we will see further sterling weakness throughout 2016”.

Transfermate say that any business exporting to the UK and getting paid in Sterling, would be strongly advised to lock in pricing with their suppliers before prices go up.

Barry continued, “It is only natural to expect any UK suppliers, currently importing, to look at increasing pricing to take into account higher costs on their side. This is something that should be considered as a first reaction before looking at how to manage exchange rate exposure
For those business expecting to be in receipt of Sterling throughout 2016, it would seem prudent to consider safeguarding against what is expected to be further Sterling weakness.
One approach to take would be to consider how much Sterling you are expecting to receive and locking in exchange rates on 50% of this. We would commonly refer to that as ‘sitting on the fence’. You are leaving yourself open if 50% if Sterling strengthens however you are eliminating exposure by 50% if it continues to weaken.

We have spoken to one software exporter recently that has seen their 15% revenue growth wiped out in the past few weeks which has had a further knock on effect of pushing their sales teams off target for bonuses. So currency movements as dramatic as those seen in the past 2 weeks don’t just affect a business but the immediate effect also trickles right down to the teams within the business also”.