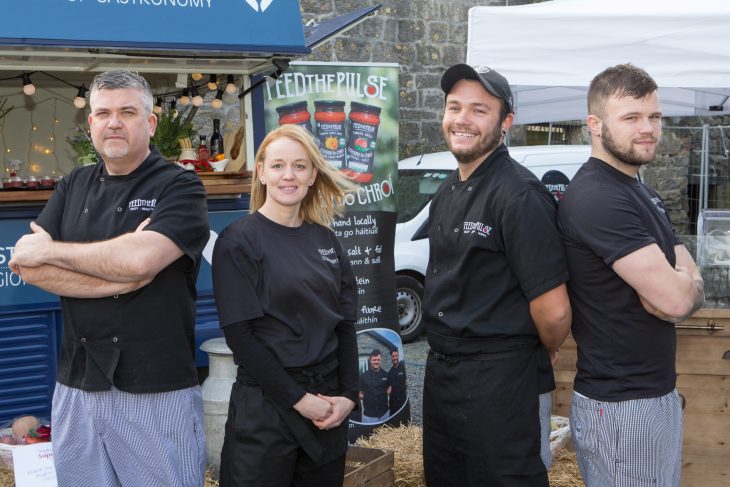 Galway food company FeedThePulse has carved out a lucrative niche for itself – feeding local GAA players.

If you watched Galway Captain David Burke’s victory speech after last year’s All-Ireland Senior Hurling Final, you will probably remember his emotional tribute to former county players who had recently passed but whose role in the team’s success was instrumental in Burke’s eyes.

You may also recall him thanking a local, healthy food company called FeedThePulse, which had fuelled Burke’s team throughout their winning campaign, helping them bring the Liam McCarthy Cup back to the west for the first time since 1988.

A small, famly-run business situated in Waterdale, Co Galway, FeedThePulse makes and cooks healthy food designed to contribute to our future health and wellbeing. It is better known, however, as the feeder of all the Galway GAA county teams including the Senior and Minor Hurling teams who will line out on Sunday at Croke Park for the All-Ireland finals and the Minor Football team, which contests its All Ireland Final on September 2nd.

The business isn’t just about the feeding the GAA however. It provides healthy meals, lunch bags and snacks to other elite athletes including those at the Connacht Rugby and Galway United teams. FeedThePulse was set up in April 2016 by husband and wife team Owen and Helen McArdle and it now employs eight people – including five family members. It uses sweet vegetables, fruit and honey to replace sugar, and herbs and spices are used to replace salt.

Head Chef and Co-owner Owen McArdle had been inspired to set up the business after feeding Galway’s senior Football team twice a week. “Watching their dedication and commitment to their training and their team, it pushed us forward to look for a way to ensure the food we cooked was going to help their performance and health,” says McArdle.

“After meeting with Croí, a foundation dedicated to fighting heart disease and stroke, we had our plan. We decided to set up a business that would create recipes that would support a healthy heart, were low in salt, sugar and fat, high in protein with a source of fibre.”