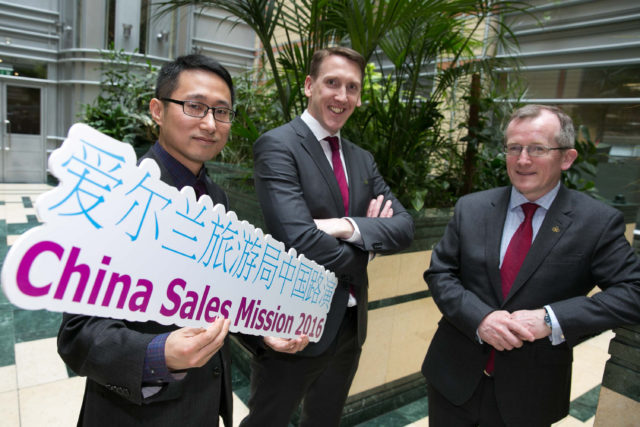 The Chinese overseas tourist market is booming and Ireland needs only a small share of it to make a major impact. A recent trade mission from Ireland marked a big step forward in encouraging more Chinese tourists to visit Ireland, said Ireland’s Ambassador to China, Paul Kavanagh.

Speaking to The Irish Times after a delegation of 15 Irish companies led by Tourism Ireland chief executive Niall Gibbons visited Beijing, Shanghai and Shenzhen, as well as Hong Kong for the first time

Mr Kavanagh said “Success in the China market often takes time and patience to build up. But after one passes a certain threshold, the benefits multiply,”

“Ireland needs only to win a relatively small – and good quality – portion of this market for it to make a real difference at home in terms of job creation and regional development,” Mr Kavanagh continued.

Tourism Ireland has stepped up its efforts to woo Chinese tourists, culminating in the appointment of James Kenny as country manager for China. He is a fluent Mandarin speaker, based in Shanghai, who has been involved in bringing Chinese students and tourists to Ireland.

The Irish Embassy in Beijing as well as Consuls General Therese Healy in Shanghai and Peter Ryan in Hong Kong, were working closely with Tourism Ireland to boost Ireland’s interests, Mr Kavanagh said. The Embassy in Beijing is in the process of appointing a press and public diplomacy attaché.

An open question remains securing direct flight into Ireland. Currently travellers to Ireland have to stop over in the Emirates or in Europe.