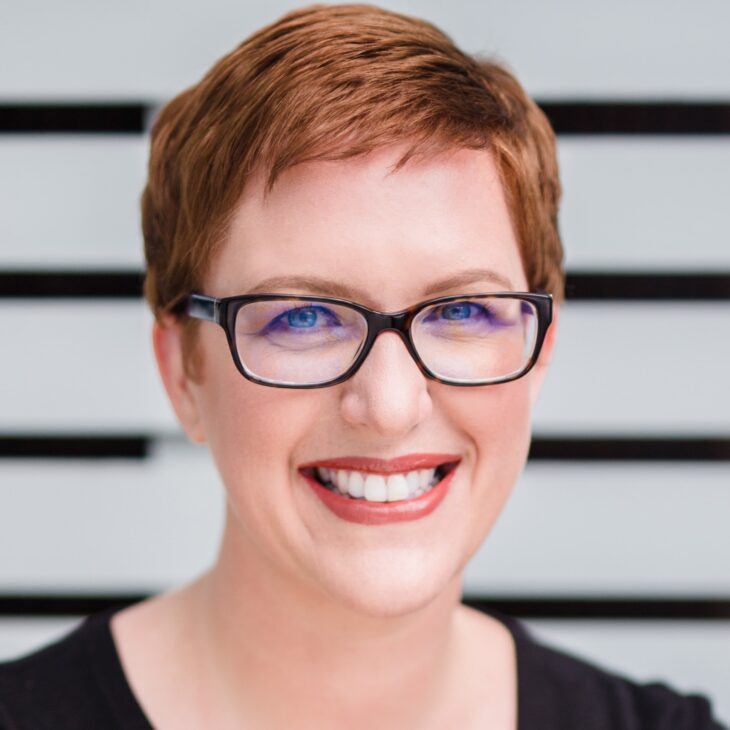 Irish cookbooks are changing for the better and it’s all thanks to Chicago-born Kristen Jenson. She talks to Better Business about her new venture, Blasta Books and why it’s time Irish cookbooks better reflected the true face of Irish food

When Nigella Lawson tweets about your new cookbook, you know you’ve made it. ‘Tacos’ by Lily Ramirez-Foran was described by the UK chef as a ‘small but mighty’ book and one that should be purchased if only for Lily’s Chorizo and Potato Tacos recipe. ‘Tacos’ is published by Blasta Books, a new kid on the publishing block and one that’s determined to  change the way cookbooks are published in Ireland.

Blasta is the brainchild of Kristen Jenson, a US born editor turned publisher who was getting tired of the ‘same old’ approach taken to Irish cookbooks. “There’s a lack of representation or diversity when it comes to cookbooks in Ireland which to an extent is understandable; traditional cookbooks are very expensive to produce but quite often this means that only high-profile people and the most mainstream topics or trends tend to get published. The cookbooks getting published don’t reflect the broad spectrum and diversity of what’s actually available in Ireland in terms of our food offering,” said Kristen. She felt that many voices and parts of our food culture in Ireland weren’t being represented and set out to do something about it. In May 2021, she launched a Kickstarter campaign for a cookbook series. From the get go, the reaction was positive. Over €55,000, which went towards the production of the first four books in what will be a quarterly annual series, was raised from the campaign. “Kickstarter was a great way to generate a buzz around the project, people got on board from the start. It was interesting to hear people agree with the ideas behind Blasta Books and say, it’s time to shake things up.”

‘Tacos’ is the first in Blasta’s cookbook series to be published. It’ll be followed by ‘Hot Fat’ by Russell Alford and Patrick Hanlon, ‘The United Nations of Cookies’ by Jess Murphy and Eoin Cluskey and lastly, ‘Wok’ by Kwanghi Chan. They’re all standalone books says Kristen but as a series, they provide a more inclusive snapshot of Ireland’s modern and diverse food culture, from tacos to tapas and sushi to spice bags. They are, says Kristin, little books with big voices.

Before inspiration for Blasta Books struck, Kristen worked for over 20 years as a freelance editor and food writer. She moved from Chicago to Drogheda in Co Louth in 1999 ‘for love’; Celtic Tiger Ireland was a great place for her now husband to work as an architect so she decided to join him. They only ever intended to stay for a few years. “As the years went by, we realised that if we moved back to the States we’d be starting over. Our family and friends back home started moving around the country so it was almost like there was no home to go back to. So eventually we decided to stay.” With no Irish qualification, Kristen soon realised her ambition to be a teacher wasn’t a realistic one. A lifelong love of books made publishing seem like a good alternative. “I got a job at a publishing company in Temple Bar in Dublin that published law and business books. In terms of a first job it was amazing. I was right in the heart of Dublin and was able to go out and explore the city on my lunch break.” Roles in other publishing houses followed until Kristen retrained as a TEFL teacher and worked at a school in Drogheda while editing on a freelance basis part-time. When the freelancing began to take off, the TEFL teaching stopped. “I did that for about 20 years. My first cookbook editing job was actually Rachel Allen’s first cookbook and really it went from there. Up until then, I had mostly edited novels, non-fiction and general trade publications. A growing interest in food and cooking dovetailed nicely with building a name for myself as the go-to editor for cookbooks.”

After living in Ireland for over 20 years, it’s difficult for Kristen to pinpoint exactly what she misses about the US (apart from the weather). “I used to be fiercely homesick but I’ve lived here for so long that apart from family and friends, I don’t especially miss anything about the US. I do remember though when we had three very bad summers in a row here and by the third, I was ready to move back to Chicago. I’d be sitting at my desk looking out at the rain, wearing a jumper and missing the times when I could eat my dinner outside and enjoy a proper summer.” In the US, the person that pulls themselves up by their bootstraps and succeeds in life through hard work and determination is prized. Not so in Ireland. “There are some cultural differences that are hard to get on board with. In America, you’re encouraged to make your own way, it’s a fundamental part of US culture. In Ireland, there’s an element of begrudgery about people that succeed. It’s something I notice constantly and I don’t think I’ll ever be able to reconcile myself to it.”

Community and a sense of togetherness are aspects of Irish life that Kristen appreciates. “I like knowing the names of my butcher and the people who work in the post office. I grew up in a big, sprawling suburb where we didn’t have that same sense of community at all. That idea of looking out for each other really came to the fore during the pandemic. It’s something I really like about Ireland.” If Blasta Books had been a US venture rather than an Irish one, Kristen’s not sure it would be enjoying the same level of success. “When I think about trying to do this in the States, I’m not sure I would had the confidence. The Irish market is much smaller and I think probably more receptive to new ideas. I often say that if I don’t know something, at least I know the person who can point me in the right direction to get the right answer. I don’t think the same would apply in the States.”

So far, there have been two reprints of ‘Tacos’. “The success so far has been really gratifying. The second series is in the works and due out in 2023. I’ll continue to prioritise new, previously unpublished voices in Ireland. I have high hopes for the longevity of Blasta Books and making a difference to the Irish publishing landscape. It’s time to move the story forward.”