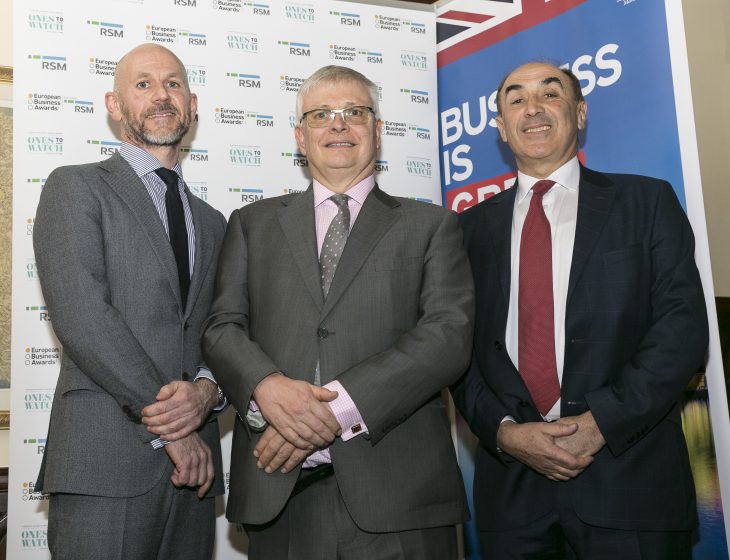 The CEO of SFA member company Megazyme was among the national winners announced at an event held at the British Ambassador’s residence in Dublin for The European Business Awards. Barry McCleary was one of eleven winners on the night, taking home the RSM Entrepreneur of the Year Award.

The winners in each category were chosen by a panel of independent judges, including senior business leaders, politicians and academics. They will now go on to represent Ireland in the final stage of the competition. The final category winners will be announced at the European Business Awards Gala Final in Warsaw, Poland in May 2018.

The European Business Awards is now in its eleventh year. Its primary purpose is to support the development of a stronger business community throughout Europe. Last year it engaged with over 33,000 businesses from 34 countries. Sponsors and partners include RSM, ELITE, Germany Trade & Invest and PR Newswire.

The host of the event, British Ambassador, Robin Barnett, CMG stated: “I was delighted to host this event to celebrate the success of the eleven organisations selected to represent Ireland as National Winners in the European Business Awards. Their determination to succeed is a role model to others. We already see them as winners.”