New Taxi App to Launch in Dublin this December 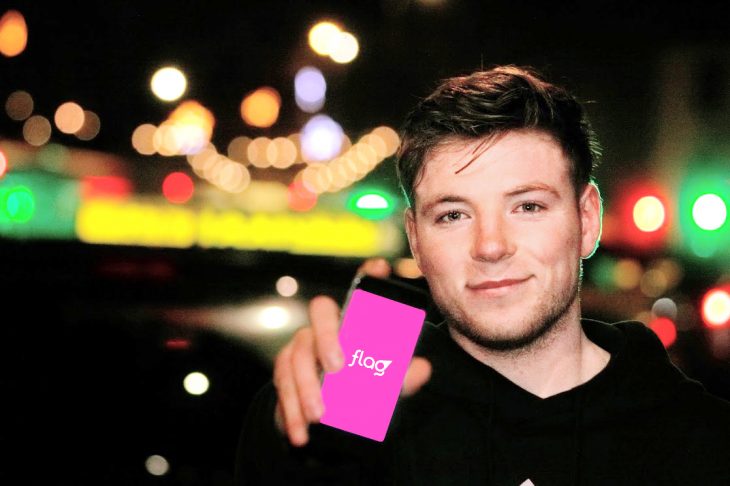 A new taxi app designed for students will launch in Dublin city this December. Flag will be the only service in the world that allows a passenger to travel and pay for taxis with no phone, cash or bank card while ensuring the driver still gets paid.

The app originally started out as a college project called Dash while inventor Richie Commins was a final-year Business Information Systems student at NUI Galway. Since graduating, Commins has combined business graduates and experienced engineers with taxi industry experience from the US and Romania to upgrade the software into the current version of the app today.

The app is similar to other taxi apps, but a feature unique to Flag is what is called “The wallet-less feature” – where users are required to upload a photo ID and create a personal digit pin code to secure an account. If a situation arises, such as a user’s phone dying, the user simply flags a taxi off the street, gives the driver their name and enters the four digit pin on the driver app. The user’s photo appears on the driver’s phone to confirm identity before the fare begins. Payment is processed from the user’s pre-registered card as normal upon arrival at the user’s destination.

Flag plans to roll out across the rest of country later in 2018.