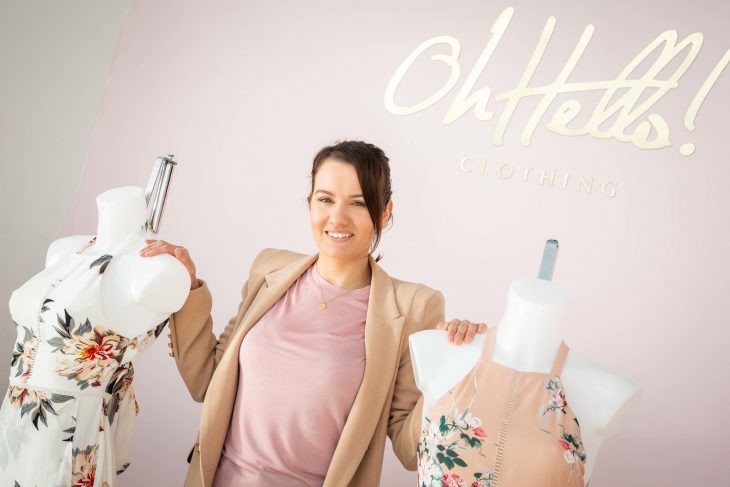 A former banker has launched an international online clothing company. Kimberley Stripp set up Oh Hello Clothing after her passion for buying clothes turned into a viable business. She now operates the company from her offices and warehouse in Collooney, Co Sligo.

“I was looking for certain clothes – mainly dresses – that I could not find in Ireland or the UK,” explains Stripp. “So, I started sourcing them from factories overseas. I took selfies of myself wearing them and when I posted them online, other people started to admire them and wanted them too.”

Stripp, a former banker in Brighton, began working part-time in retail when she moved to Sligo. As a hobby, she set up the Facebook page selling clothes that she had sourced herself directly from factories outside of Ireland, before moving the operation into a large warehouse in Collooney last year. There are two people employed full-time in the business with one part-time, with plans to create another full-time job in the coming months. The company is moving into wholesale and is in talks with boutiques around the country about stocking its clothing.

“I have always taken one step at a time,” says Stripp. “I don’t want to grow too fast; I want to ensure the company is sustainable. Brexit has really impacted on the business as people from the UK have decreased their spend in euro since the fall in Sterling so we are focusing on other European countries, including Ireland where consumer sentiment is really strong.”