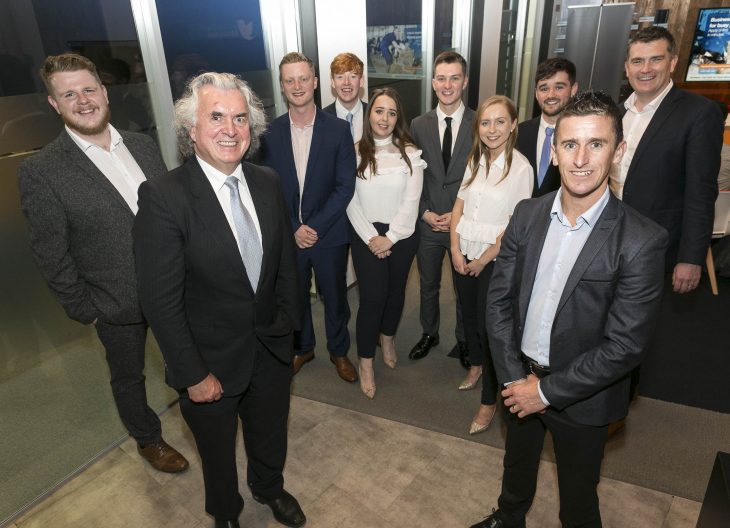 Enactus Ireland is one of 36 country organisations around the world that operates an Enactus programme, bringing together students, academics and business leaders who are committed to using the power of entrepreneurial action to solve challenges in local communities.

Earlier this year, Enactus Dublin City University (DCU) was crowned 2018 Enactus Ireland National Champions and will compete on the global stage at the Enactus World Cup, taking place in Silicon Valley in October. At the launch of the Enactus Team Ireland event, the DCU team showcased the three projects that will see them fight off competition from 35 countries around the world at the Enactus World Cup.

The projects that the DCU team will bring to the Enactus World Cup in Silicon Valley include Threads, a project that empowers people seeking asylum in Ireland through the upcycling of unwanted jeans to create customised denim clothing; GiveBack.ie, a project that directs a portion of the money spent in online retailers towards tackling homelessness; and Second Scoop, a project that provides work experience, training and mentorship opportunities to people seeking asylum in Ireland though a mobile, pop-up ice-cream vendor targeting corporate, social and educational events.

Liam Redmond, Country Manager, Enactus Ireland said: “It is inspiring to witness the commitment Enactus DCU has brought to their projects this year. Through Enactus, we aim to empower students and service users alike through entrepreneurial action and Enactus DCU has consistently understood this and brought it to every element of their projects. Silicon Valley is the home of innovation and where better to showcase and celebrate their achievements than the world stage.”