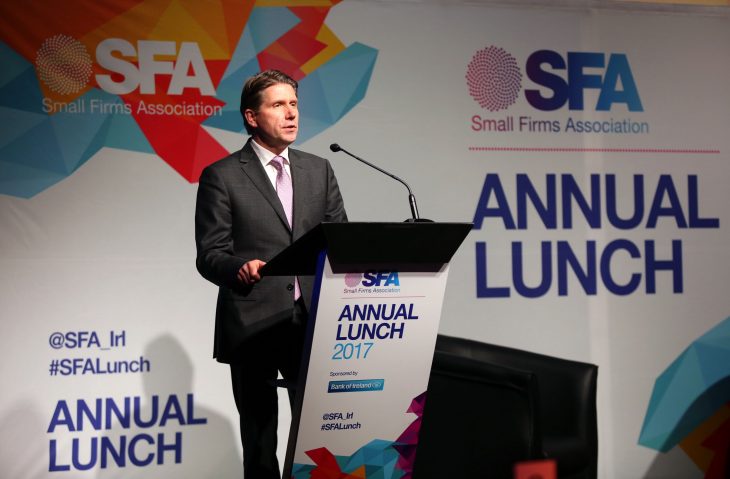 The SFA has welcomed the increase in the Earned Income Tax Credit announced as part of Budget 2019 but expressed disappointment with the missed opportunity to relieve business costs on small firms.

Speaking about the budget, SFA Director Sven Spollen-Behrens stated: “The Earned Income Tax Credit (EITC) for the self-employed has come closer to parity with the PAYE tax credit, with today’s announcement of an increase of €200 to €1,350. However, the blatant discrimination that was due to end in Budget 2018 has still not come to fruition; the SFA will continue to campaign for the gap between EITC and the PAYE Credit (€1650) to close fully in next year’s Budget.

“It is regrettable that the Government has again ignored the SFA’s call to reduce Capital Gains Tax (CGT) to 20 per cent across the board, to make investing in a business in Ireland more attractive. At 33 per cent, Ireland has one of the highest rates of CGT amongst developed economies. It is disappointing that the Government has decided against introducing measures which would stimulate economic activity and add to our competitiveness. The SFA is also calling for CGT Entrepreneur Relief to be extended to compete with the UK scheme.”

Spollen-Behrens continued: “Budget 2019 will further increase business costs for small businesses with the decisions to raise the National Training Fund levy and to increase the special 9 per cent VAT rate which previously supported the tourism industry. With the continuing uncertainty of Brexit, it is very discouraging that government continues to play a significant role in driving business costs upwards.”

Concluding, Spollen-Behrens said: “Whilst we welcome the Government’s enhanced investment in Brexit measures, housing, childcare and the amendments to the Key Employment Engagement Programme, we call on the Government to engage with the SFA with a view to developing a ‘Small Business Strategy’ that will enable small business to thrive. As the economy continues to grow it’s important that we seize the opportunity to support home grown enterprises and stand behind those individuals who take the risk to start their own business.”